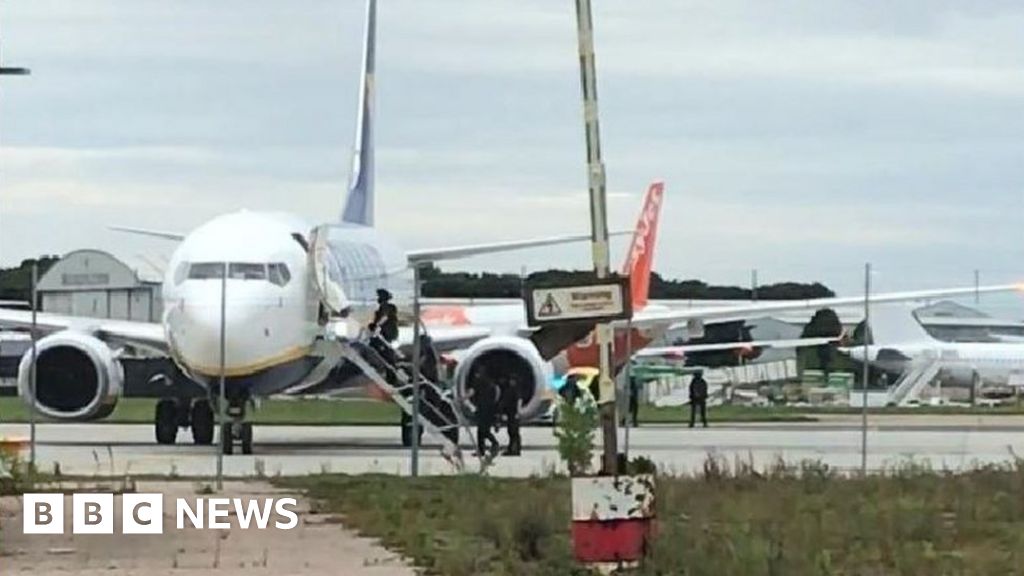 A flight from Krakow to Dublin was forced to land after a note was discovered in a toilet claiming there were explosives on board.

The Ryanair flight was diverted to Stansted Airport where Essex Police officers were carrying out checks.

Two RAF Typhoon Jets escorted the plane which landed at about 18:40 BST.

A spokeswoman for the airline said: “The plane landed normally, but was taxied to a remote stand where passengers disembarked safely.”

She said in a statement: “The aircraft and passengers are being checked by the UK police who will decide when they may travel onwards to Dublin on a spare aircraft.

“Passengers in Dublin waiting to depart to Krakow are being transferred to a spare aircraft to minimise any delay to their flight.”

Essex Police said: “We have now safely brought off all the passengers from the plane. The plane remains in an isolated area at Stansted and our enquiries are ongoing.”

Military to be called in to help Scottish ambulance crews