If you want the ultimate (and infinite) source of wisdom, look no further than your local group of 6-year-olds. Sure, any other age group could do as well, but there is something special about asking kids deep questions about life and everything that it has to offer.

By this point, you’re probably familiar with George Pointon’s work—he’s that guy who shares threads on Twitter of answers and comments provided by his 6-year-old students. Bored Panda has already covered a handful of them here, here, here, here, and here.

This time around, George, with whom we got in touch, asked them to come up with a mantra that would serve as help to get us all through life. Oh, and they delivered. Continue reading to check out the insightful mantras below.

If you’re ever in need of some perspective in life, look no further than your local group of 6-year-olds 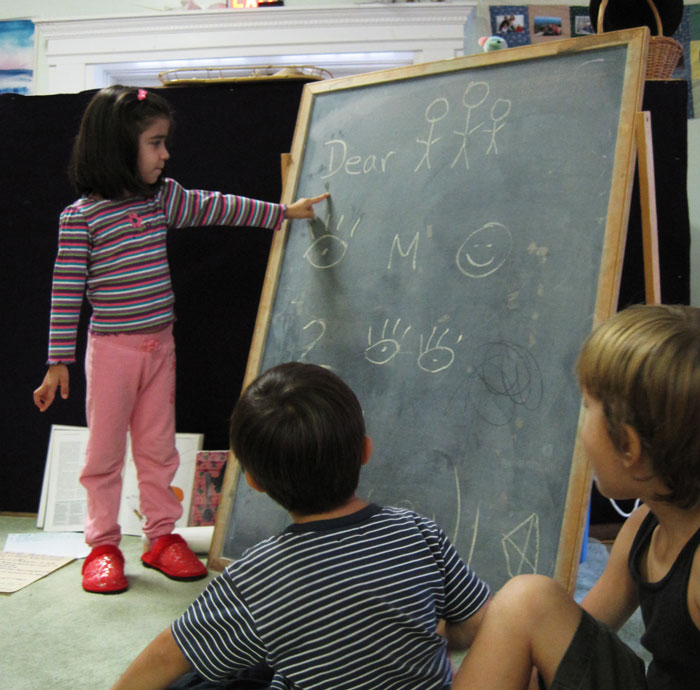 So, George Pointon is a teacher from the UK who graces the internet with regular amusing Twitter threads detailing all of the things that his class of 6-year-olds have said.

One of his most recent threads listed mantras created by said kids that would serve as pieces of inspiration to us mortals struggling through life. Oh, and you bet the kids will blow your mind with the answers.

Each tweet presents a student, i.e. provides their name (you’d be surprised how many people have already grown to have favorites at this point) along with their appropriate mantra and a brief review from George himself, making for an extremely entertaining read.

This teacher asked his class of 6-year-olds to come up with insightful mantras to help us through life, and provided an entertaining thread 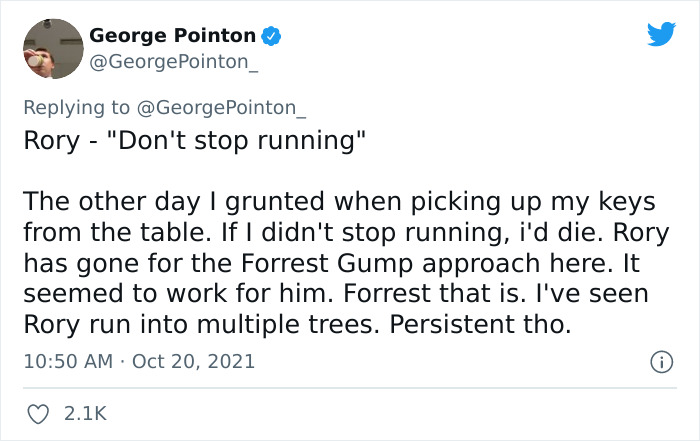 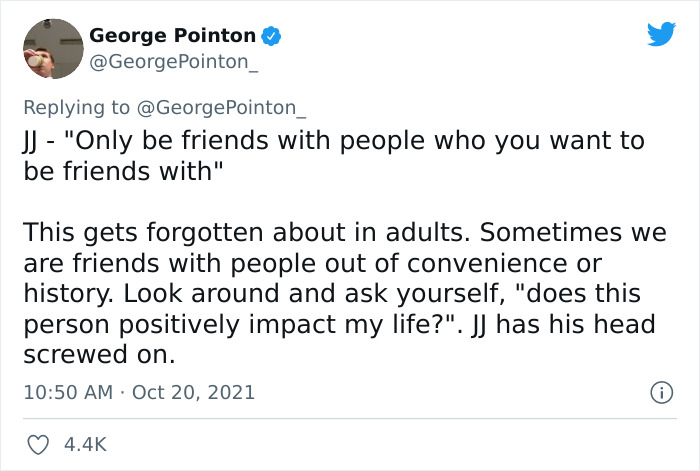 Mantras vary from short and direct to long and vague to anything in between. We have Rory’s “don’t stop running”, which is somewhat of a Forest Gump approach to things; we have Emma, pointing out that “the people who don’t talk still have something to say”; and we have the all-time favorite Ravi, dropping “some people don’t have anything so be happy you have everything”, among many others.

The thread includes 10 whole tweets from kids, plus a “quote of the week” that came from a 5-year-old named Maisie, who said “one of my legs is shorter than the other. So, I see the world a bit sideways.” Well said, Maisie, it surely puts things into perspective and bumps people’s self-esteem! 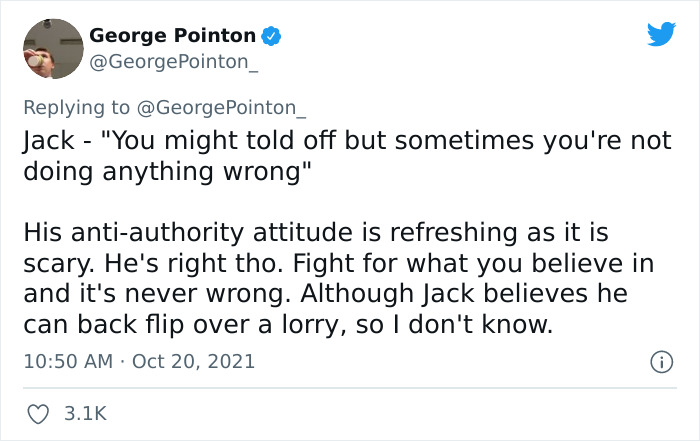 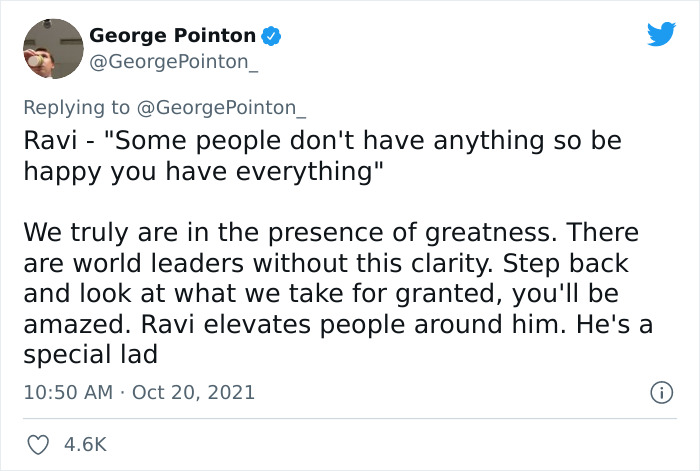 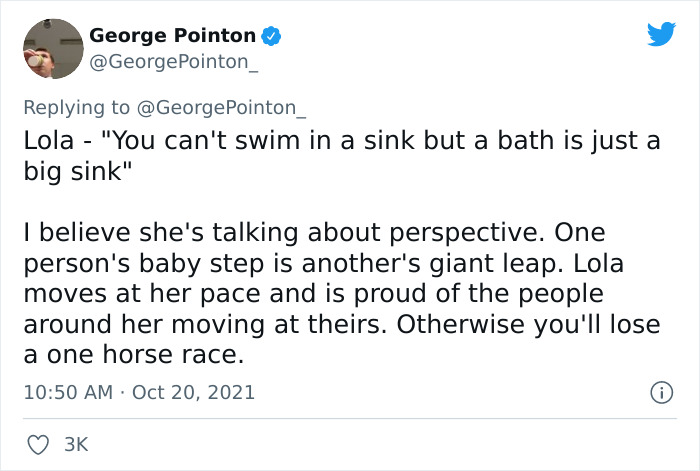 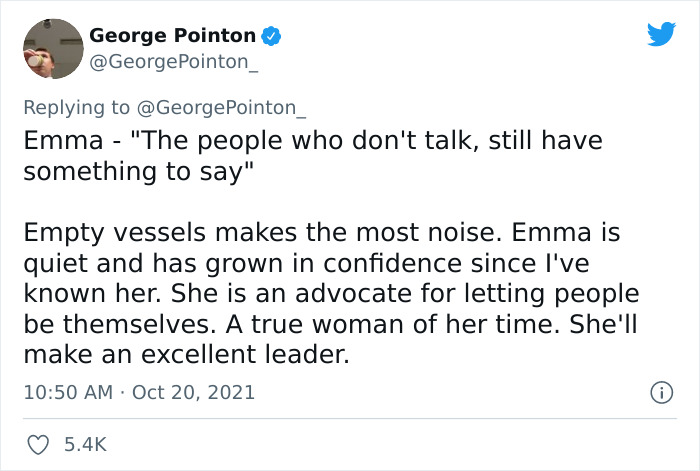 You’d think that engaging with kids on such a level would pose a certain level of challenge, but George doesn’t see the difficulty there: “I love doing [the threads] and if I didn’t, I would stop. The editing can often be a tedious process but overall I love doing them and it amazes me people actually enjoy them too.”

As we’ve mentioned previously, George has done quite a few of these “ask 6-year-olds” threads, so we asked him how he comes up with the topics and themes all the time. He had this to say:

“It’s a combination of things. Sometimes I ask my followers what they want. Sometimes I do them myself. It’s more about how I’m feeling at the time. I like to engage the followers I have and include them in the process.”

You can have a look at his other amusing threads here. 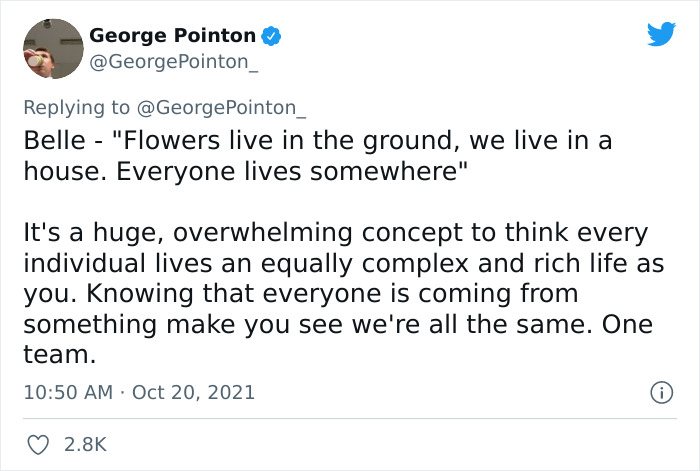 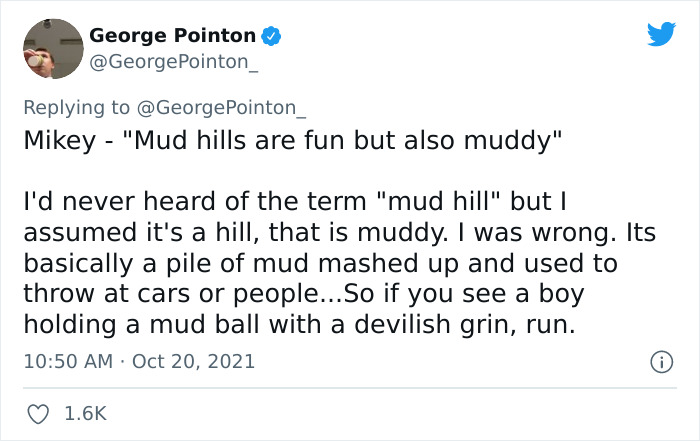 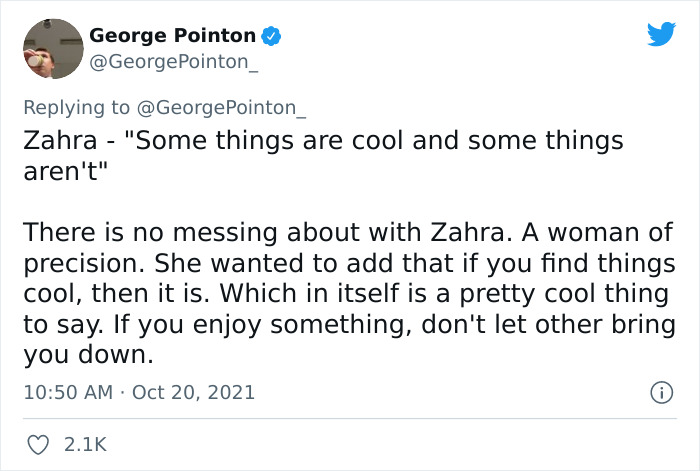 People on Twitter loved it all, and the thread garnered over 17,300 likes along with 4,200 retweets since its posting on October 20th (and counting).

Many expressed how much they love these threads, taking in the insight of the wise 6-year-olds in all of its glory. Others elaborated on particular mantras, explaining just how deep they actually are. Needless to say, George also got some praise for being an awesome teacher and engaging his students like that. 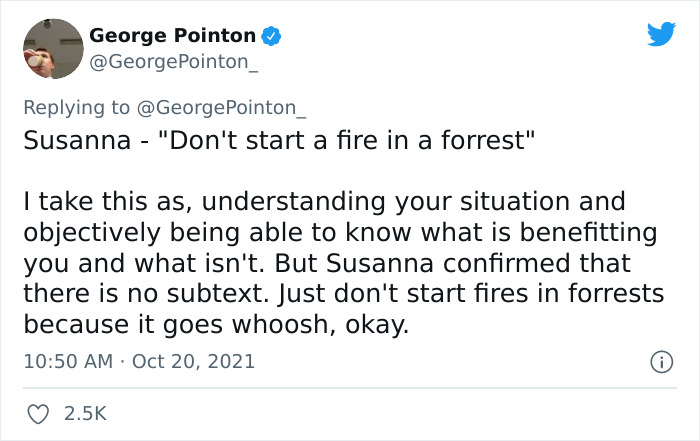 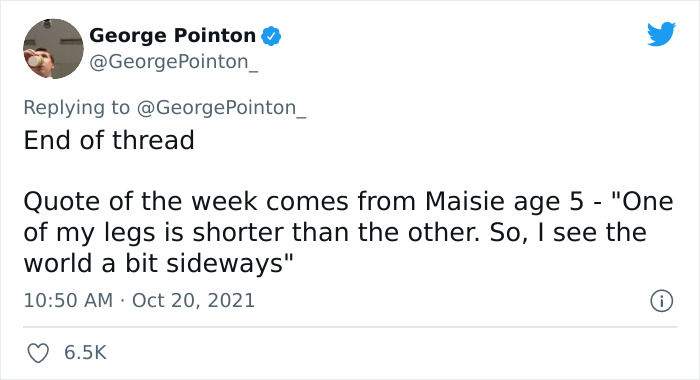 Lastly, we asked George if he has any favorites among the listed gurus for life advice: “Okay, it’s an absolute lie that anyone who works with children says they don’t have favourites. They do. It’s only natural. Your mum has a favourite child. But the professional side of me would never say.”

“I do find them all wonderfully unique in their own way. But yes, of course I have personal favourites. I can leave that to followers to guess who it may be.”

People on Twitter loved the thread, pointing out its genius and reassuring us that the future is in the hands of the right group of 6-year-olds 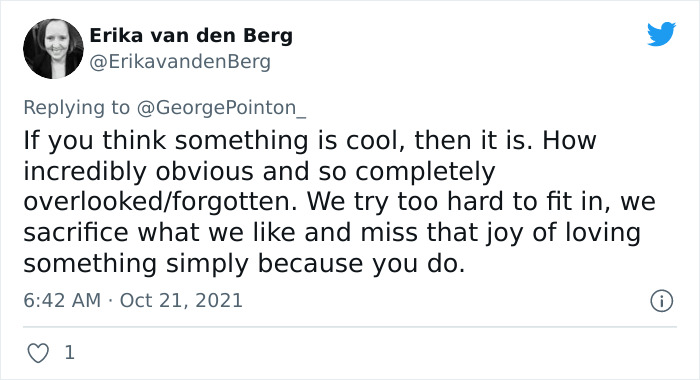 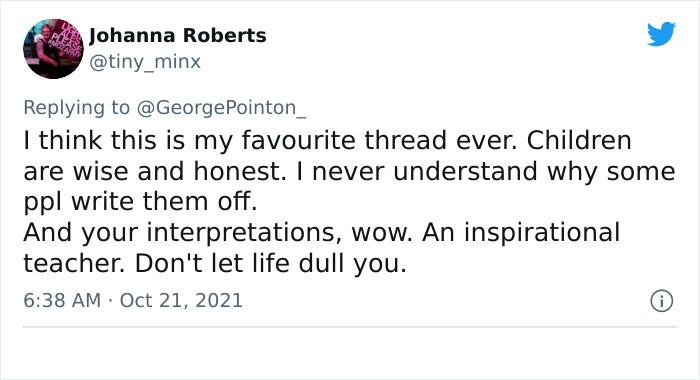 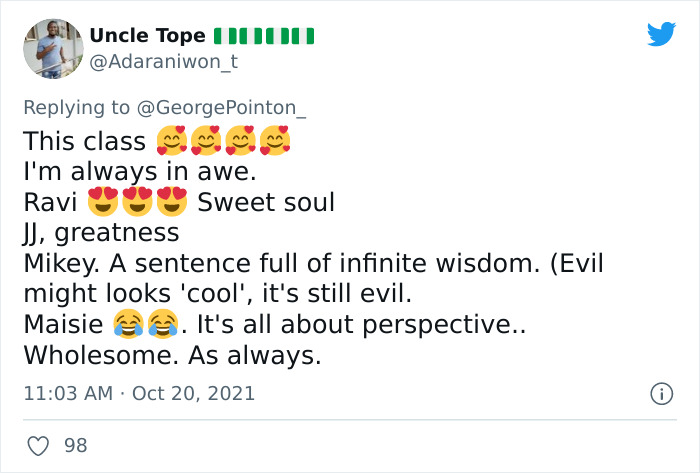 Now, George may not be able to play favorites, you can, so let us know who hit the target spot-on with their mantras in the comment section below!

73 Painfully Relatable Memes And Jokes About Everything Programming And Computer...

Guy Tells His Insanely Elaborate Plan On How He’ll Avoid An...